Arts & Culture of Central Virginia As Explored by The Culture Maven (aka: Mary Burruss) 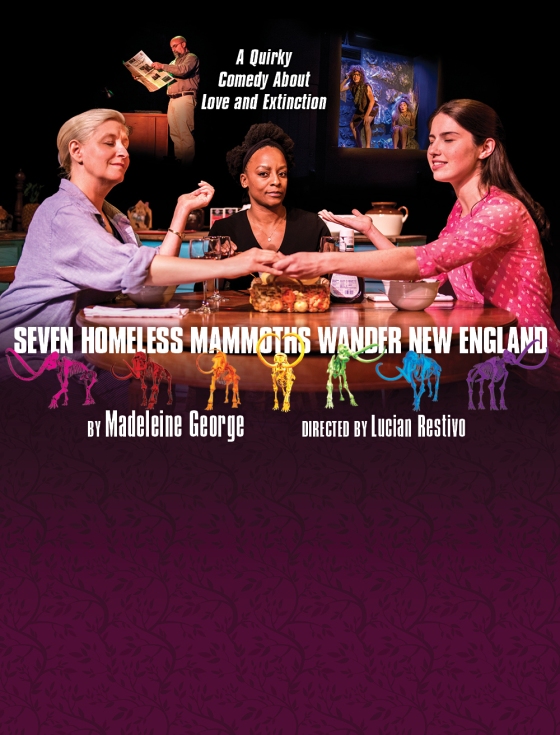 I shall start in the way of the bad critic in this review of Seven Mammoths Wander New England by clearly stating: I love this play. And not just because one of the main characters is a yogini, like me, but because it is clever, charming and wrangles with the subject of life and death in a way that feeds my soul – with pop culture references, hometown newspaper columns, alternative kinship structures and talking dioramas of ancient peoples.

I also love the thought and care that Lucian Restivo used in directing RTP’s production, giving his actors the space to be authentically vulnerable without falling into the sap trap. Annie Zanetti, Shaneeka Harrell and Meg Carnahan give intrigueging performances in their roles of Dean Wreen, Greer and Andromeda (respectively) a complicated triangle of former and current lesbian lovers living together as one goes through cancer treatments. Special shout out to Carnahan who kept me in stitches as the yogini, providing a true-to-life mirror of some of the slightly woo woo oriented women who choose yoga as a medium for self-transformation. The supporting cast of David Clark, Maura Mazurowski and Ray Wrightstone are hilarious in their roles balancing out some of the deeper moments of the play.

This play is best for people who love thought provoking theatre with a lighter side.